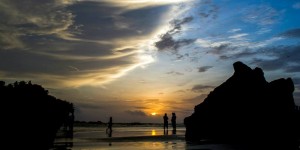 This beach is the largest Drive-In Beach in Asia . Even though Goa has many beautiful beaches, it does not have a Drive-in beach. The beach festival is celebrated in the month of April and it is one of the important tourist attraction in the district of Kannur in Kerala. The youth also try many driving stunts in cars like drifting and wheeling in bikes as this is a paradise for driving along….. 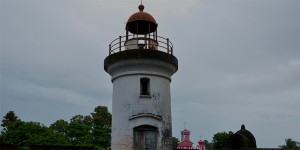 Tellicherry Fort was built by The British East India Company in 1708 to establish a stronghold on the Malabar Coast. The fort is famous for its massive walls, strong flanking bastions, secret tunnels to the sea and intricately carved huge doors. This imposing structure is now a historical monument preserved by Archaeological Survey of India. The fort has a cemetery and the collector’s mansion is located nearby. Many British officials have been laid….. 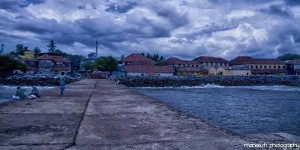 It is an old pier extending out into the Arabian Sea. It is frequented by people taking evening walks. This “Kadal paalam” was used as a commercial access through the sea, to and from the Tellicherry Bazar, during the European rule. At present it is in a deteriorating state, and the Government has plans to restore and preserve this under the “Heritage City” project. The old pier or “Kadal paalam” is an old…..